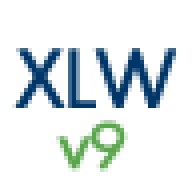 Sets or returns whether the chart region will have a shadow.
C#
vb.net

By default, new charts do not have a shadow.

Charts which have outer shadows and perspective shadows are considered to have shadows, but charts with inner shadows are not. Although we do not support manipulation of shadows, this property can be used to turn off any pre-existing shadow by setting HasShadow to false.

If HasShadow is set to true when no shadow previously existed, the shadow that is created is the same as the one shadow supported in Excel 2003, which is an outer shadow with size 100%, a distance of 2.8 points, and a rotation of 45 degrees.