Skip to end of metadata Go to start of metadata
The open report from disk dialog opens when you select OfficeWriter Designer .NET > Open > Open from Disk. It allows you to open RDL files that have already been created and saved to disk. RDLs for SQL Server Reporting Services 2008 and higher can be opened. 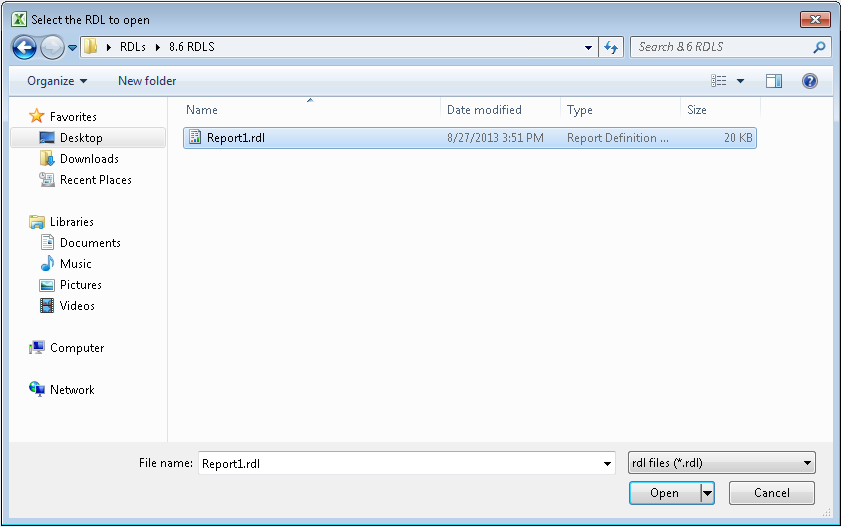 The Designer .NET does not support having multiple reports open at the same time.

Certain older RDL files are not supported by the OfficeWriter Designer .NET. Attempting to open unsupported files will result in a warning message and the file will not be opened by OfficeWriter.