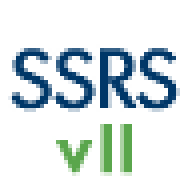 Skip to end of metadata Go to start of metadata
This article will walk you through the steps for building an SSRS Report with the OfficeWriter integration.

The report RDL file should have all the data information for running the report. This includes defining the data sources, creating data sets with queries, and adding any report parameters. These details will be used by Reporting Services to retrieve the data when the report is rendered.

If you want to render the report with the default rendering extensions, make sure to design your report in the report builder tool as well.

Before opening the RDL with the OfficeWriter Designer:

Step 2: Put the report in a location so that the users who are designing the report for Excel or Word can reach it

Most customers build a single RDL that contains all the data available for a set of reports, then post the RDL to somewhere that the end-users can get to. Then the end-users can design numerous Excel and/or Word reports using that RDL file.

This means that the person designing the reports in Excel or Word doesn't need to know how to build RDL files, what the database schema looks like, and doesn't have to write queries since that process can be handled by someone else.

Step 3: Design the report in Excel and/or Word

End users should use the OfficeWriter Designer to retreive the report from where it was stored. They can retrieve it from a remote server (usually the SQL Server Reporting Services report server) or open the report from disk if it's stored locally.

The OfficeWriter Designer has Add-Ins for Excel and Word, so end-users have access all the functionality that is available natively in Excel and Word. Since the OfficeWriter SSRS Integration is built on ExcelTemplate and WordTemplate functionality, designing the report template is the same as working with templates for ExcelTemplate and WordTemplate.

NOTE: If you want to export to Excel and Word, you need to design the report once in Excel (save/publish) and then in Word (save/publish) - not necessarily in that order

If you are working on a report that others access, you will want to save the report with a unique name to avoid overwriting reports that might be built from the same RDL file.

Once the report is published on the server, it can be rendered by Reporting Services and the OfficeWriter Renderer the same way that the other rendering extensions work.